WHATIFTHEWORLD is pleased to present Mouth, Mia Chaplin’s third solo exhibition with the gallery. In this series, Chaplin smears muddy greens and warm pinks from her recognisably impasto paintings onto sculpted objects, moving towards a more immersive three-dimensionality.  She considers the politics of privacy, performed identities, and power structures through her exploration of femininity by using feminine tropes and aesthetics. Chaplin’s personal experiences and relationships, specifically as they manifest in the home, form the locus of her subject matter.

Using dirty turpentine ‘paint-water’ as the backdrop to her distinctive palette, Chaplin evokes the sense of being in a familiar, unkempt house; a reference to unravelling domesticity and the failed “home-maker”. The wryness of her display extends from the tackiness of her surfaces, appearing wet to the touch, to the kitsch floral-printed trinkets and curtains suggested by her painted papier-mâché fabric. The work is reminiscent of the tarnished garishness of a grandmother’s living room; a cheap motel; a neglected artist’s studio; or lived-in bedroom.  All of these elicited spaces are reassuring in their familiarity, and yet, uncomfortable in that they are too intimate. She creates an atmosphere of being ‘placed’ — being in this body, in this house and feeling very human. Here, Chaplin looks to identity’s reliance on place, space and memory. There is something unsettling in the corporality of these works; their fleshy crudeness eliminates the neutrality from these quotidian scenes. On discussing the perceived beauty of her paintings, she states: “They do not feel beautiful to me — when this is their [sole] reception, I wish that I had just painted a slug.” Suggesting that the latter might be a more realistic depiction of the artist’s intentions. In Mouth, Chaplin uses kitsch aesthetics, erratic mark-making and rancid colouration to access and convey the pain, as well as perhaps the beauty, in ennui.

A human presence is suggested in Chaplin’s handling of materiality and form. Her fabric sculptures of concretised drapery allude to folds of skin while, alongside, paint blisters to the surface and leaks across canvases. Her disjointed streaking of pigments delineates the natural application of oils, almost as if she abandoned her brush mid-stroke. The result of this gesture is somatic and tactile, indicating the grittiness of a worn-out body. The body central to Chaplin’s exploration is unwashed and unfiltered. It mimics the kind of simultaneous hyper-awareness to, disgust in, and abandonment of, a shamed or shameful body. Chaplin’s handling of paint suggests a yearning for connection: to material, process, or object; to body and constructed body; and to public persona and private practice. This need for connection, she suggests, is a symptom of our time. Connection, or the ability to ‘place’ oneself collectively and individually, is essential in feeling seen and understood.

But the body Chaplin materialises is also a gendered one. The subjects of her paintings are women captured in moments of ‘womanhood’, both inherent and performed. These scenes include mothers breastfeeding children; a conversation between two sisters; a gathering of friends; and the act of waking up and getting dressed. By making these private scenes public, she strips these bodies of shame and presumption. In this series, Chaplin moves away from painting as a style to create a mood and towards painting as an expression of narrative. Her more figurative pieces confront us with disturbing private settings. One gets the sense of being somewhere they should not be, stumbling upon something they should not see. In one large-scale painting, a woman stares indignantly at the viewer, as if reprimanding them for being voyeurs in this intimate lounge scene. She is the only forthcoming gaze present in the women that make up Chaplin’s opus. The other faces— disfigured, masked or abstracted beyond recognition — are either passive or secretive. A comparative scene of two bedrooms, both as separate paintings, reveals the tension between private and public. In one painting, a figure is masked by a mosquito net. Chaplin shares that this was a photograph taken of her in a R25-a-night hotel room in Vietnam.  Her upright, seated pose, with one knee folded over her leg, is powerfully content. She actively disguises herself, almost humorously. Whereas in the other painting, a woman bends over her bed, naked and on her haunches, uncaring of who sees her. The work is reminiscent of Degas’ nude paintings; of the voyeuristic exchange between artist and subject — between masculinity and femininity.

These works, appearing to be a conflict between performed and hidden sensuality, relate to a sculpted vase adorning the text “Unsex me here”. The text, placed at the object’s mouth, is in reference to Lady Macbeth’s soliloquy before plotting Duncan’s murder. She summons the spirits in a plea to unsex her and fill her with cruelty; to transform her breast milk to gore such that she may be relinquished from her roles as nurturing mother and remorseful woman. In another reference, Chaplin mentions the Japanese myth of futakuchi-onna, “the two-mouthed woman”. In this tale, a miser seeks a wife with very little appetite in a frugal attempt to spare money on food. However, the woman he finds undergoes a demonic transformation brought on by her hunger. The hair on the back of her scalp splits to make room for a second-mouth. This gluttonous and thieving appendage consumes both the wife’s food and the husband’s; unable to be wholly fulfilled. Both textual references insinuate the archetypal ‘deviant woman’; a social digression from  women’s role within hegemony.

The exhibition’s title, Mouth, lends itself to this notion of resistance and duality. As a warm, wet, and dark place, the mouth is a breeding ground for bacteria. It, therefore, hosts the double entendre of fatal hazard and fertile home; navigating themes of hostility and hospitality. Here, again, Chaplin questions what is natural and what is unnatural within the construction and expectation of femininity. 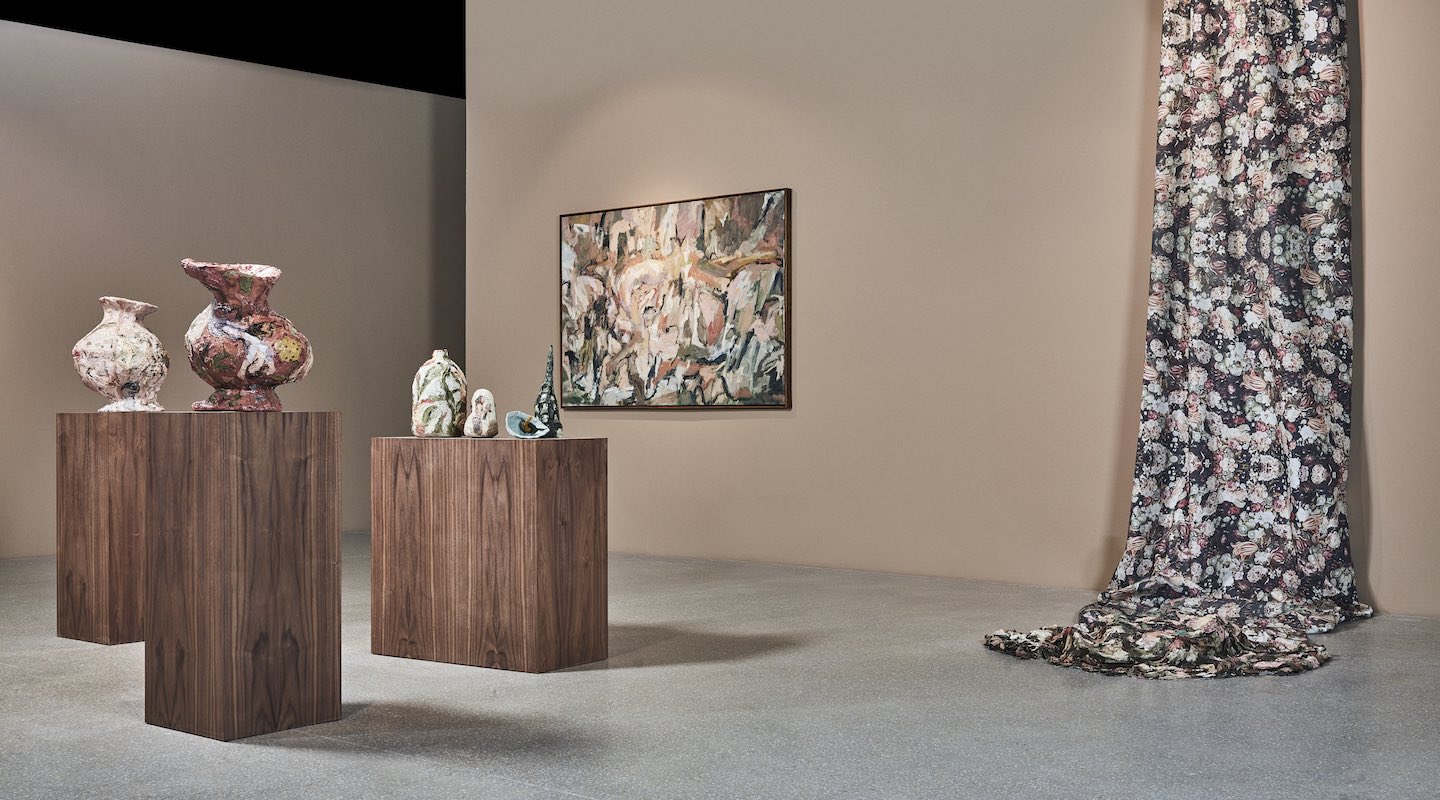 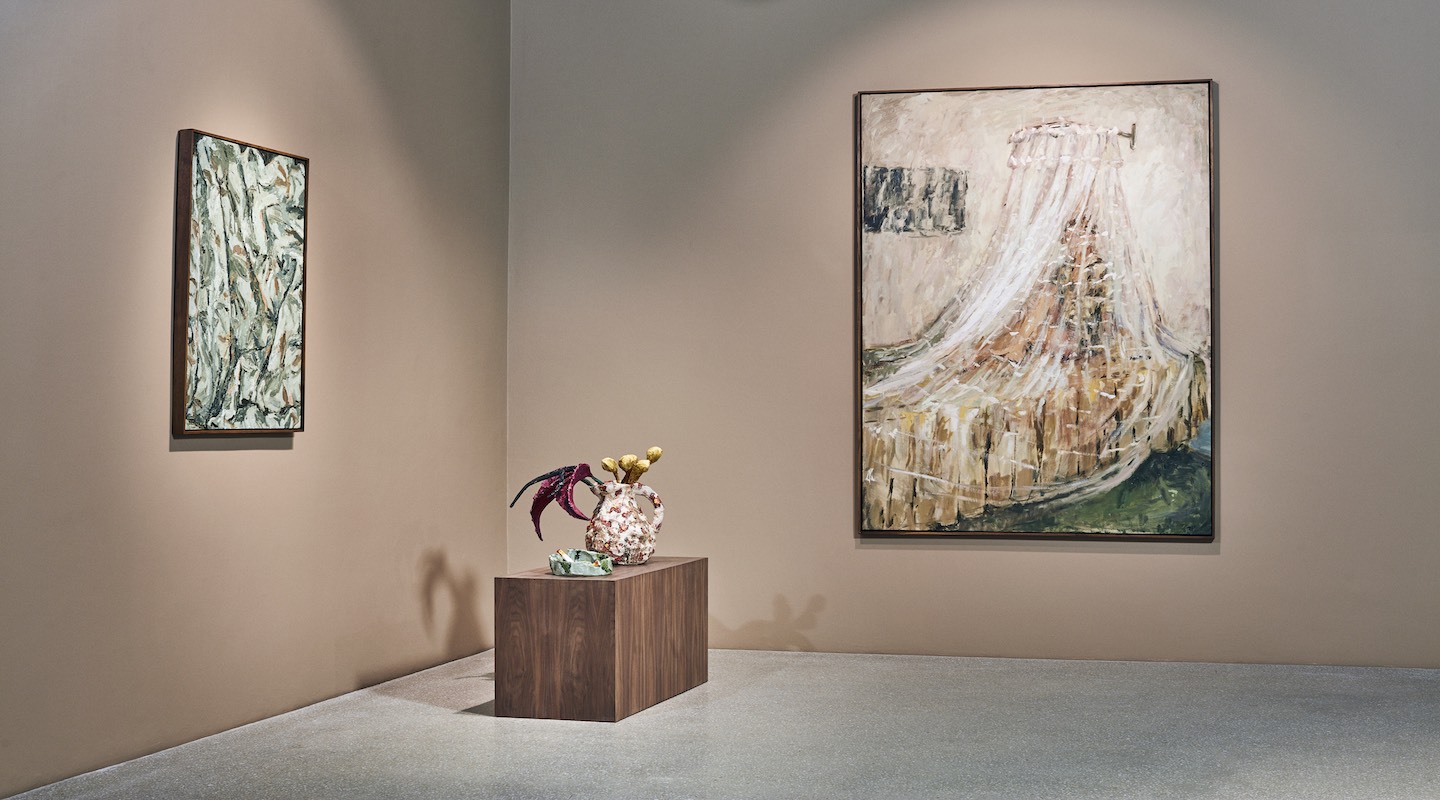 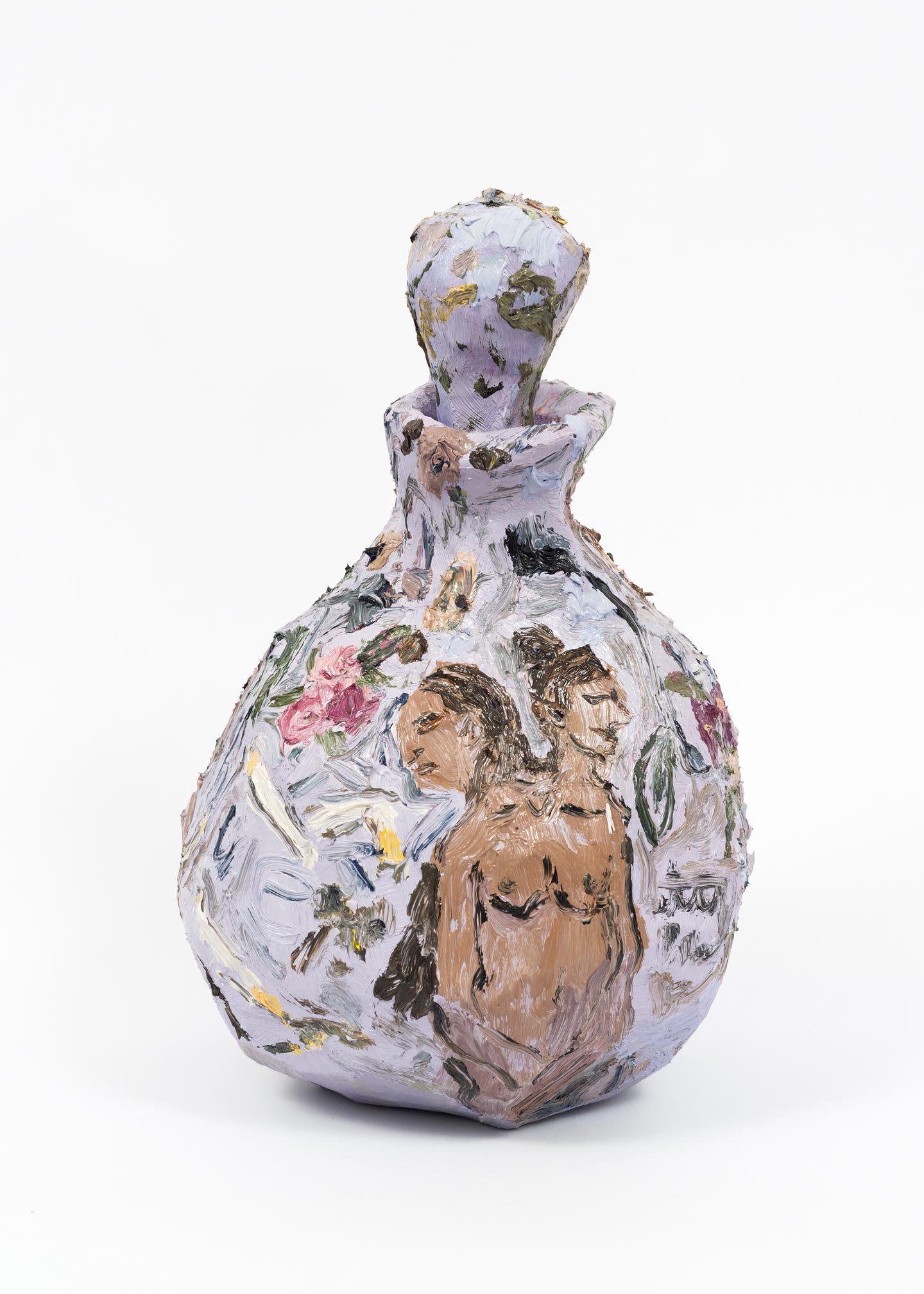 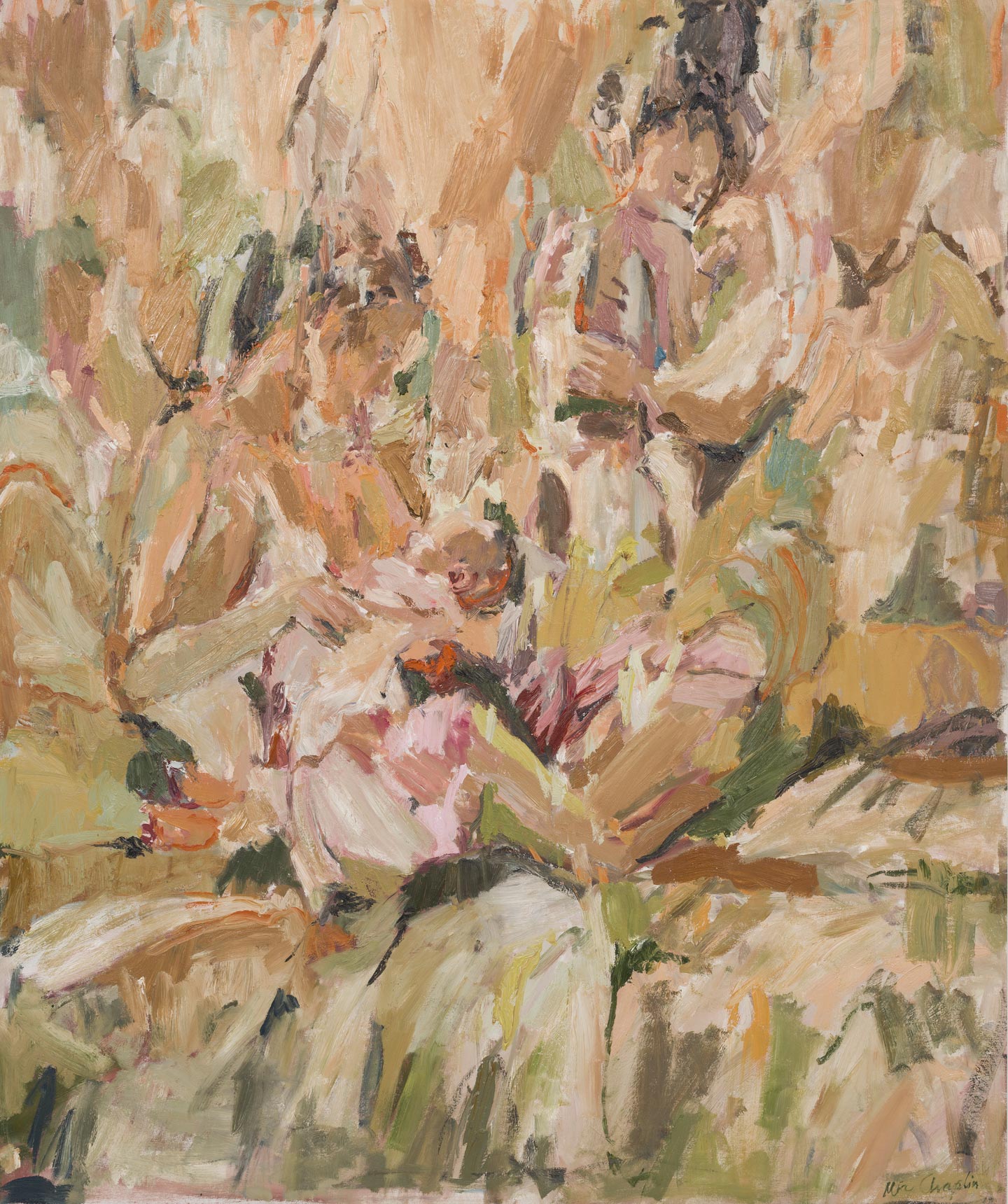 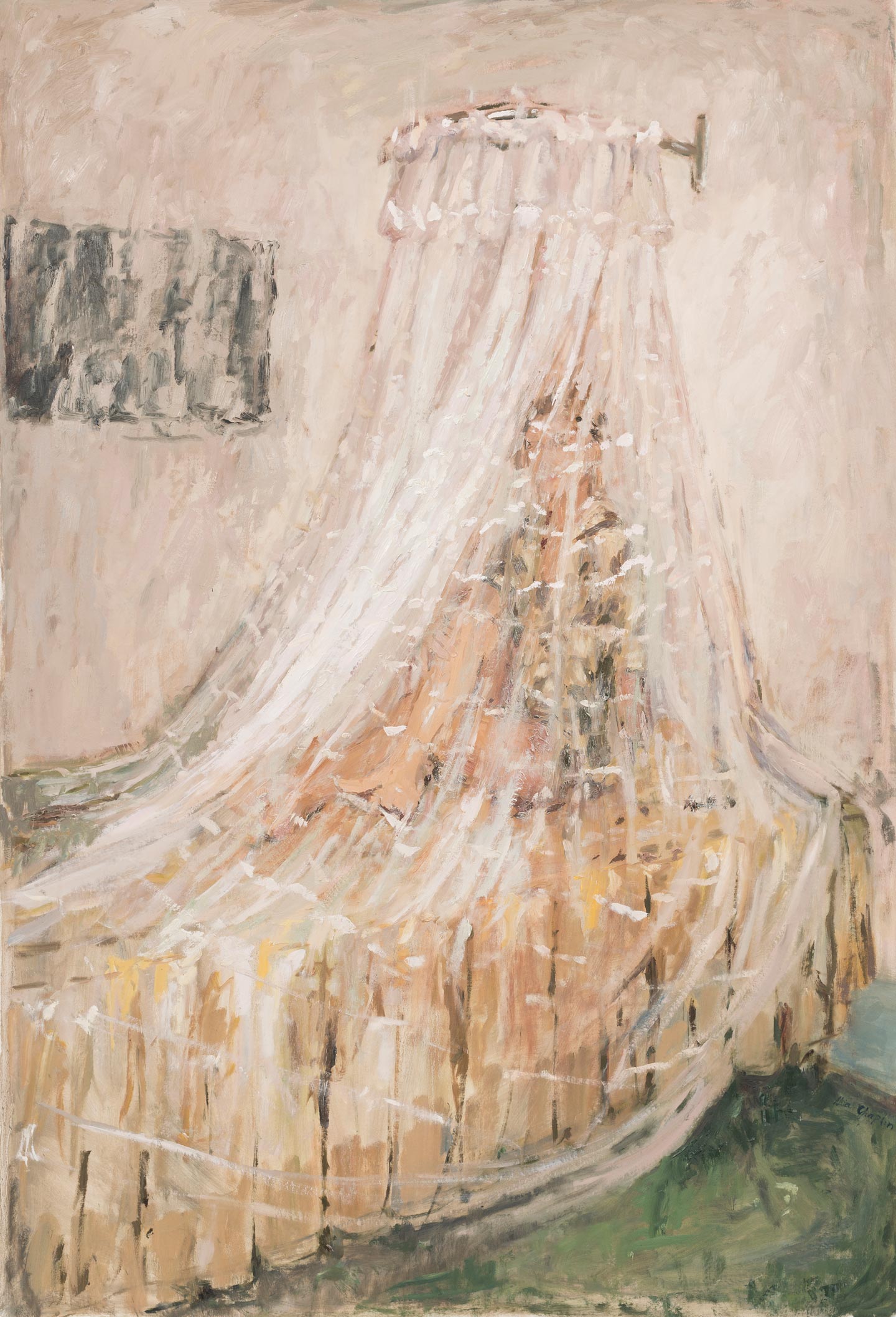 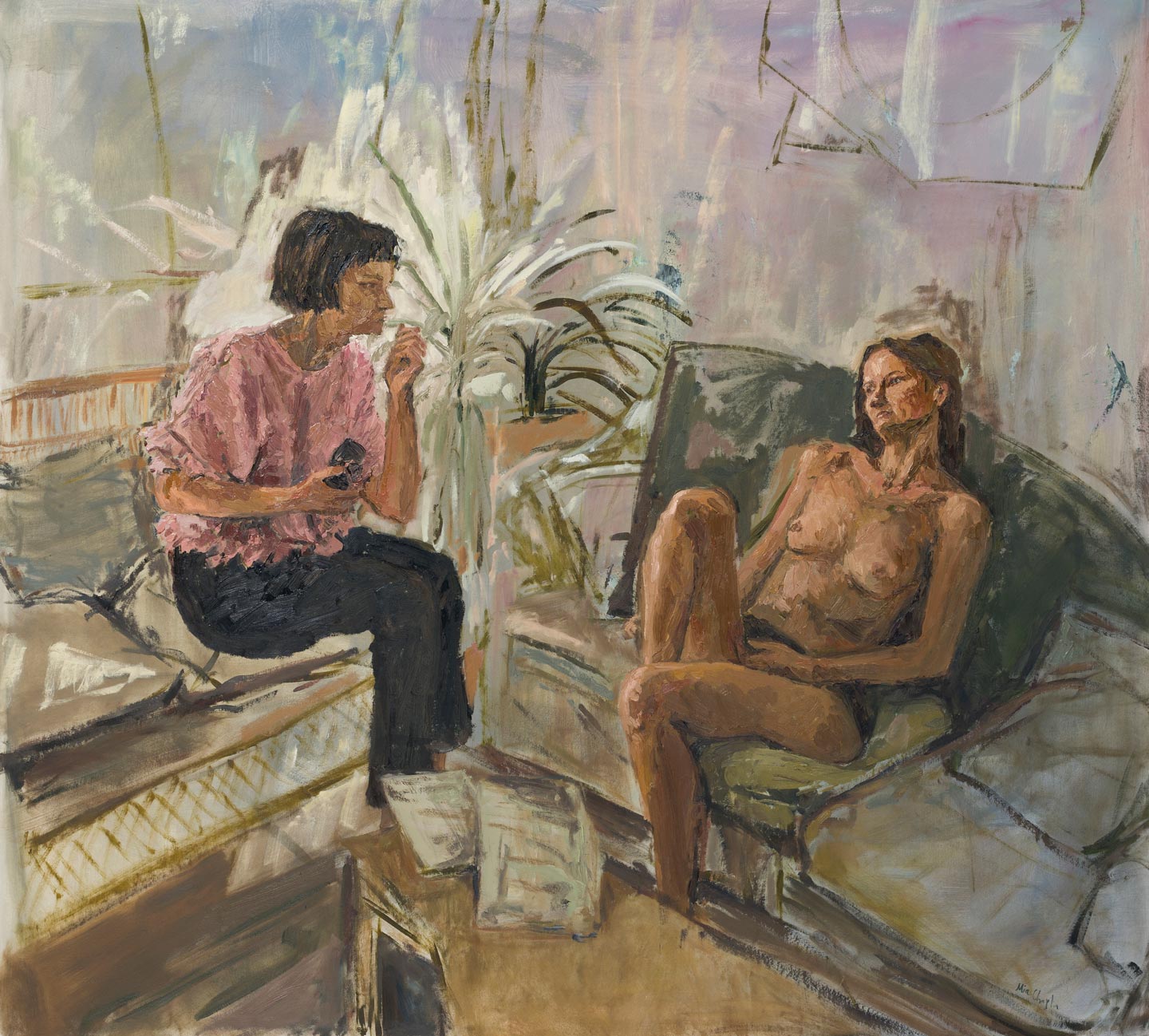 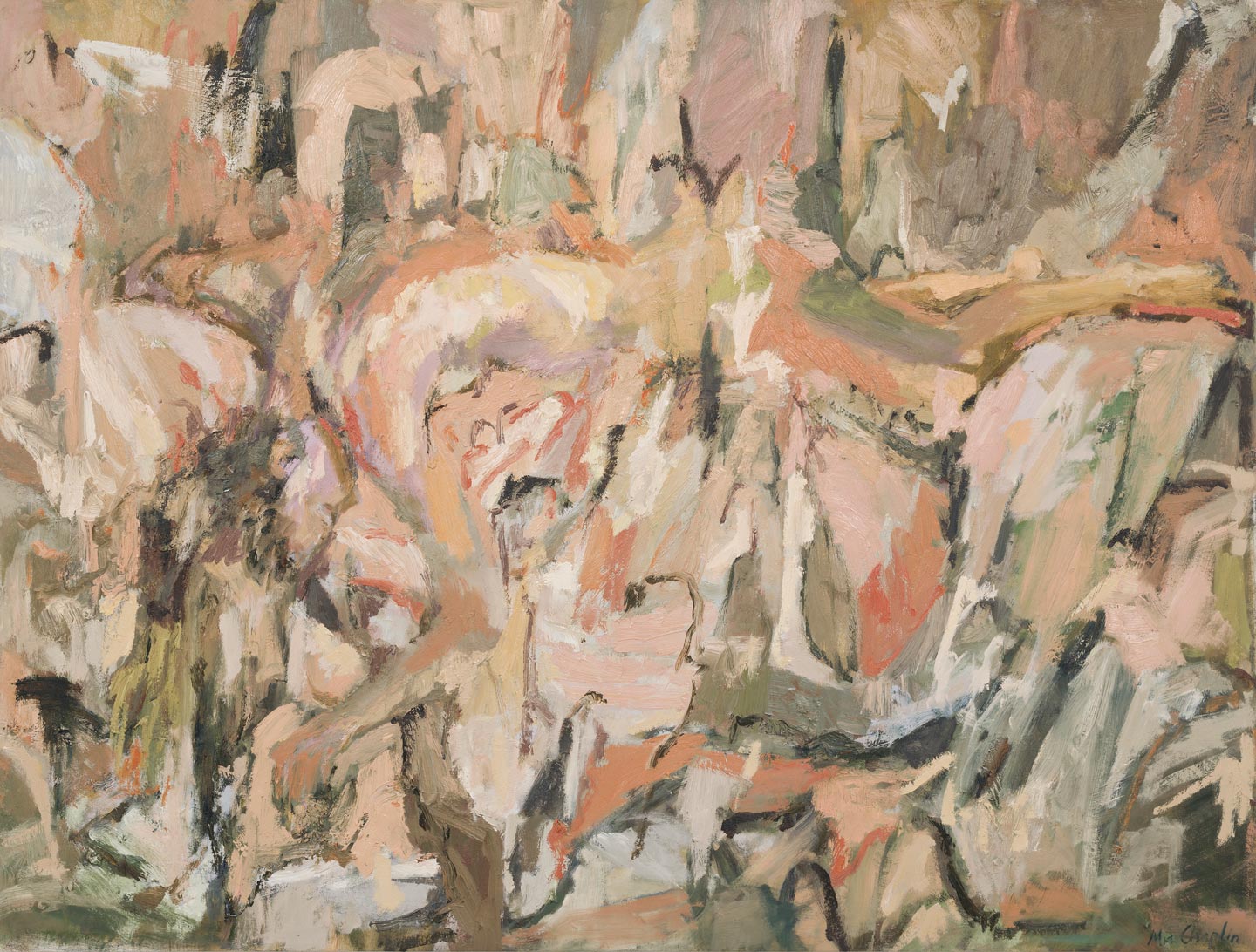 Roses are red, violets are blue, my hair will smother you
2018, Mouth
Like 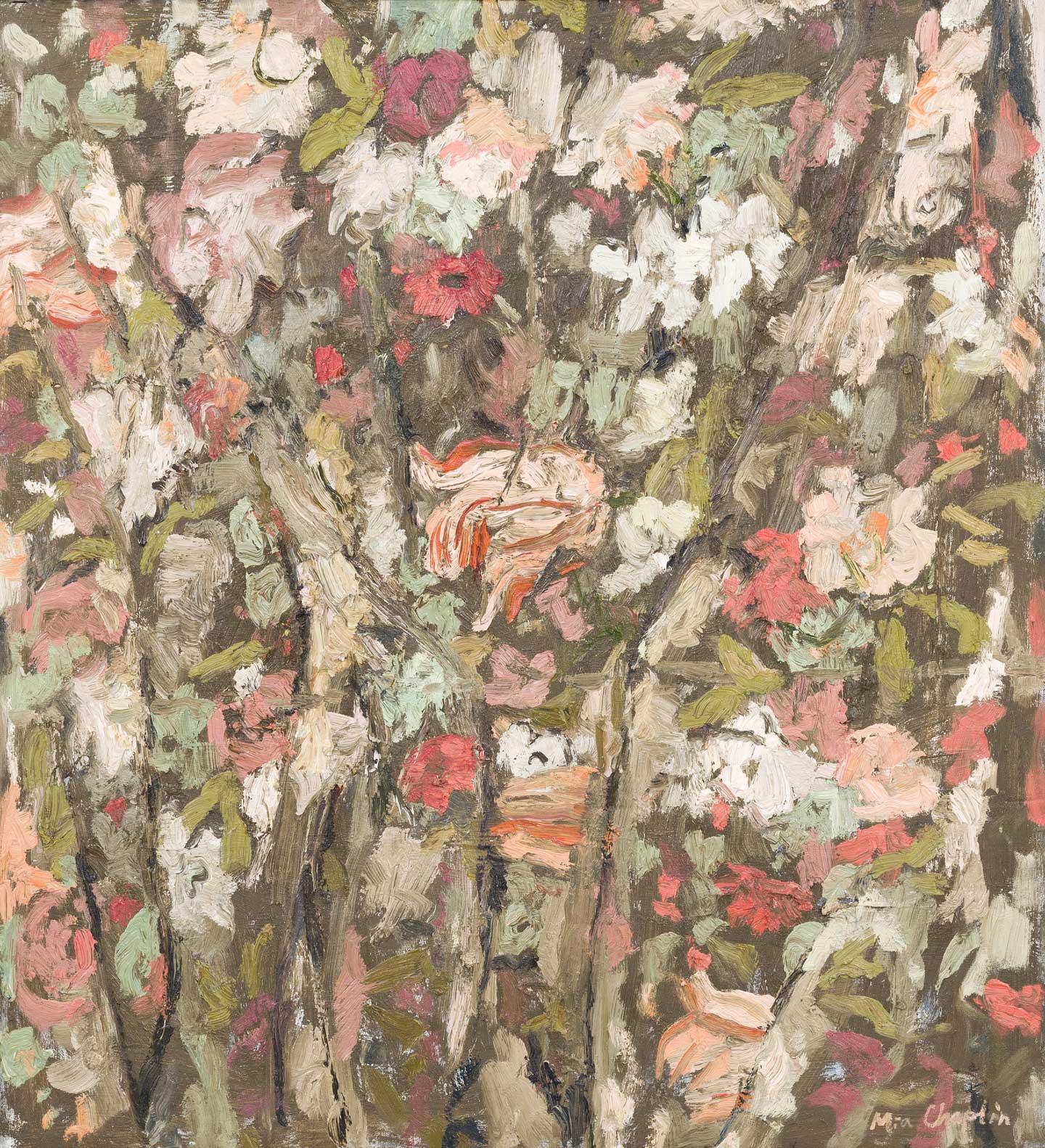 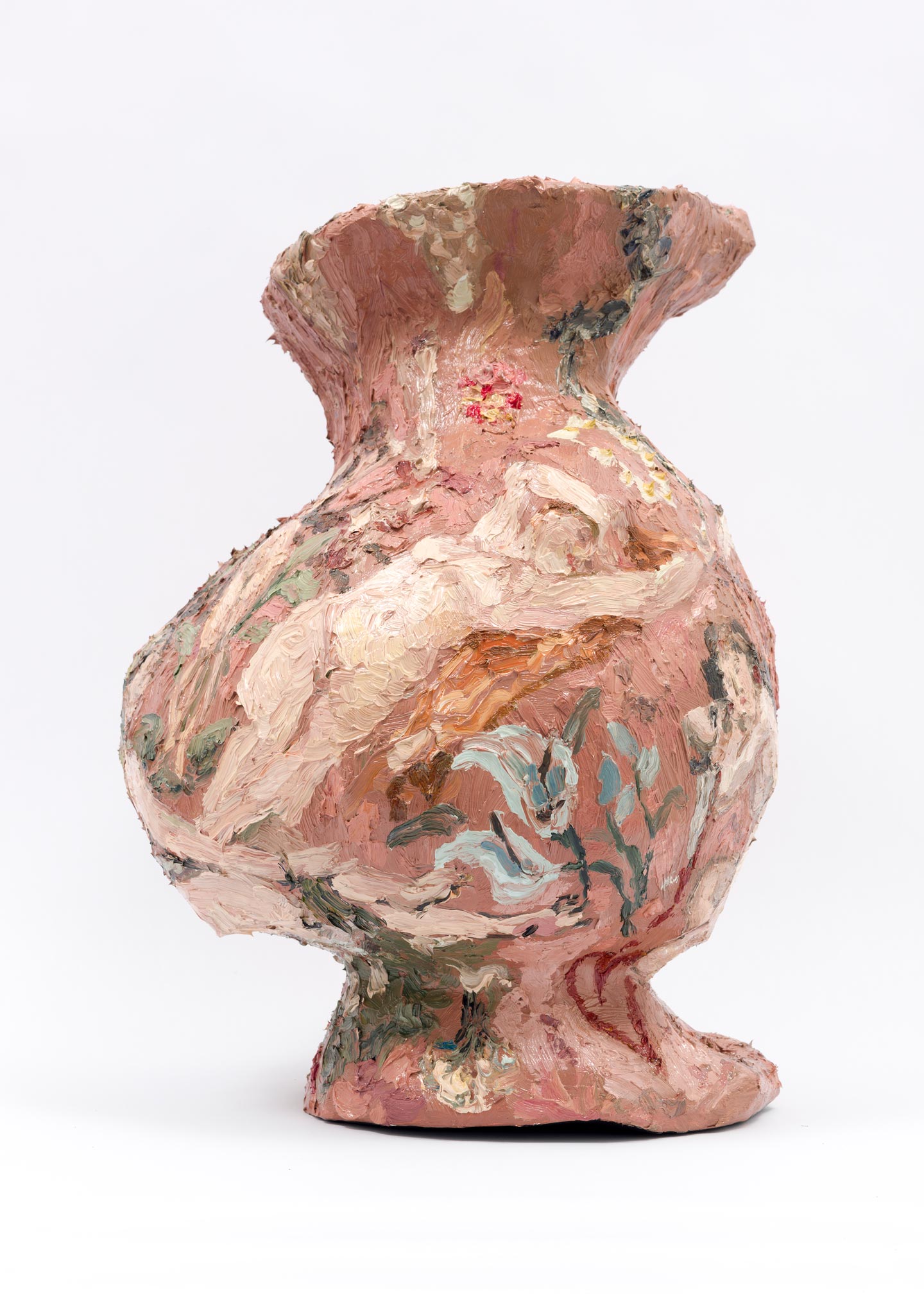 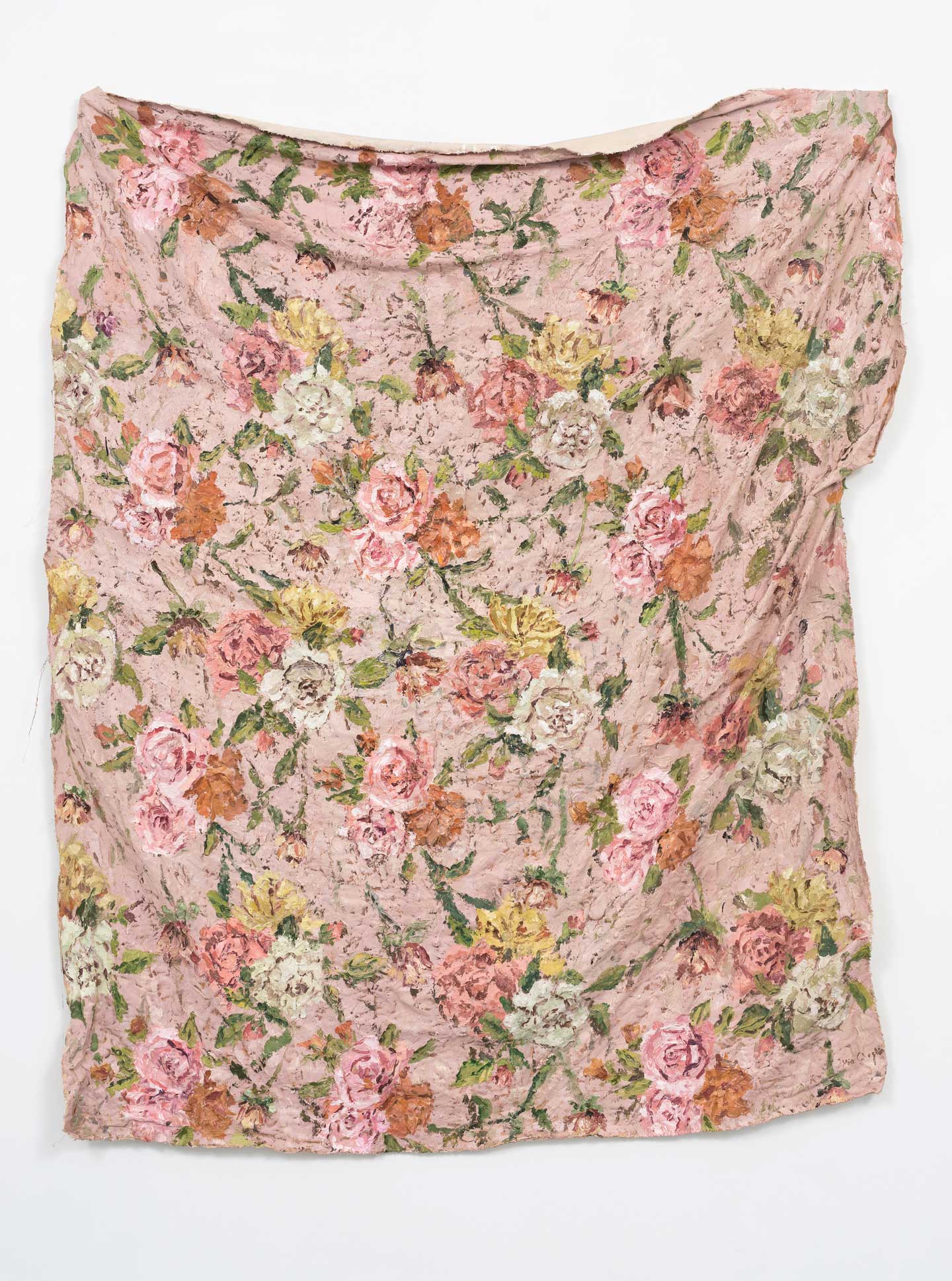 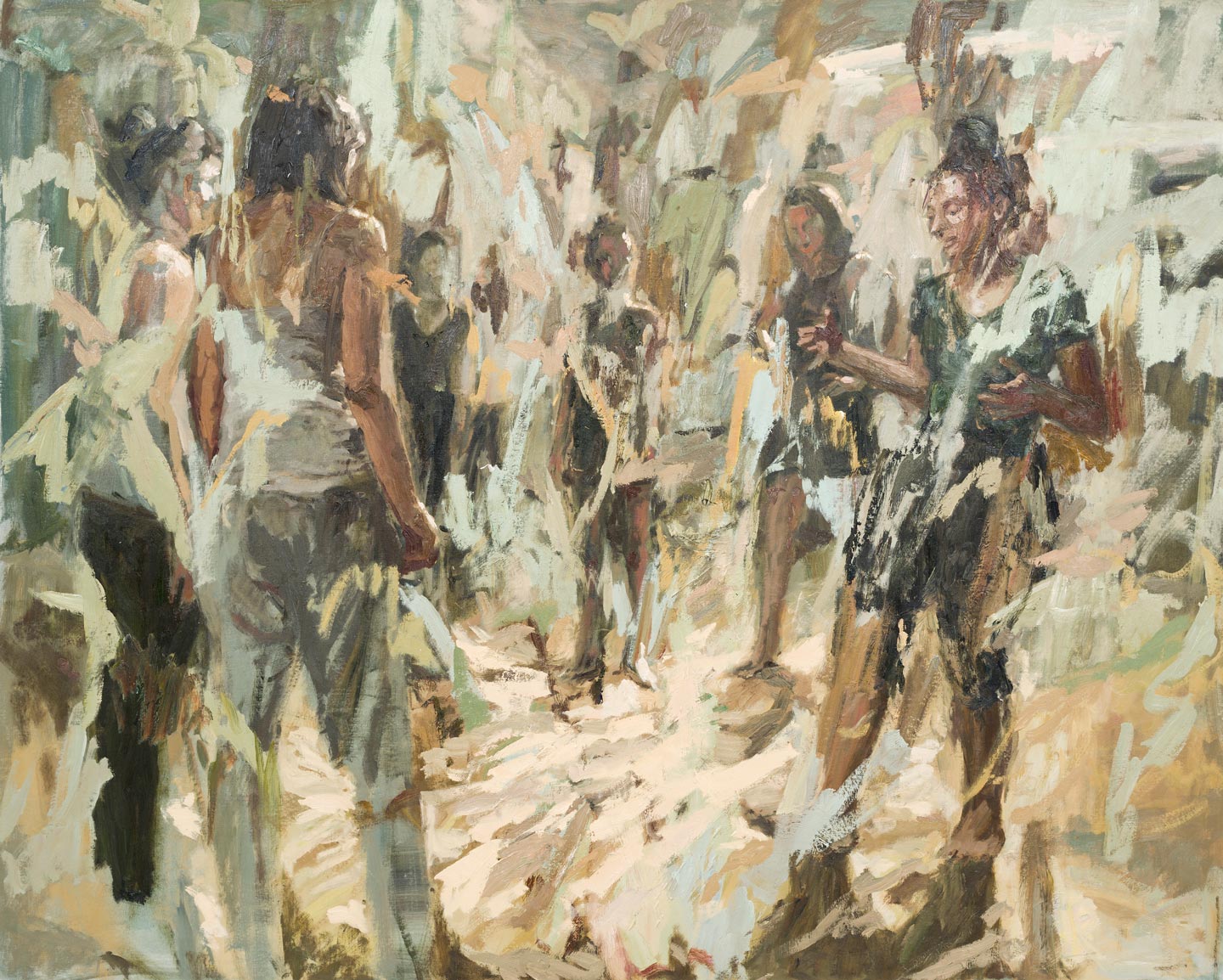 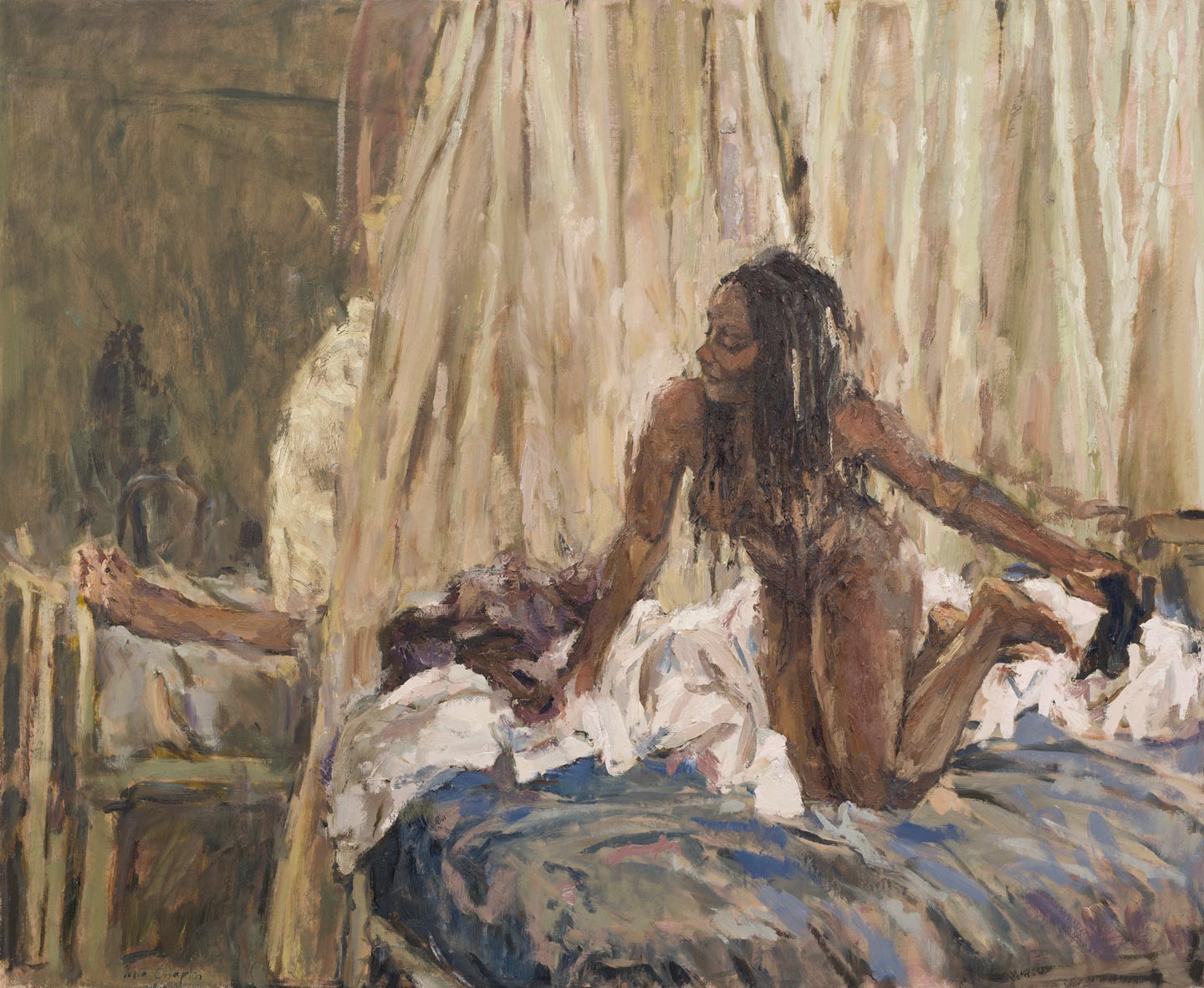 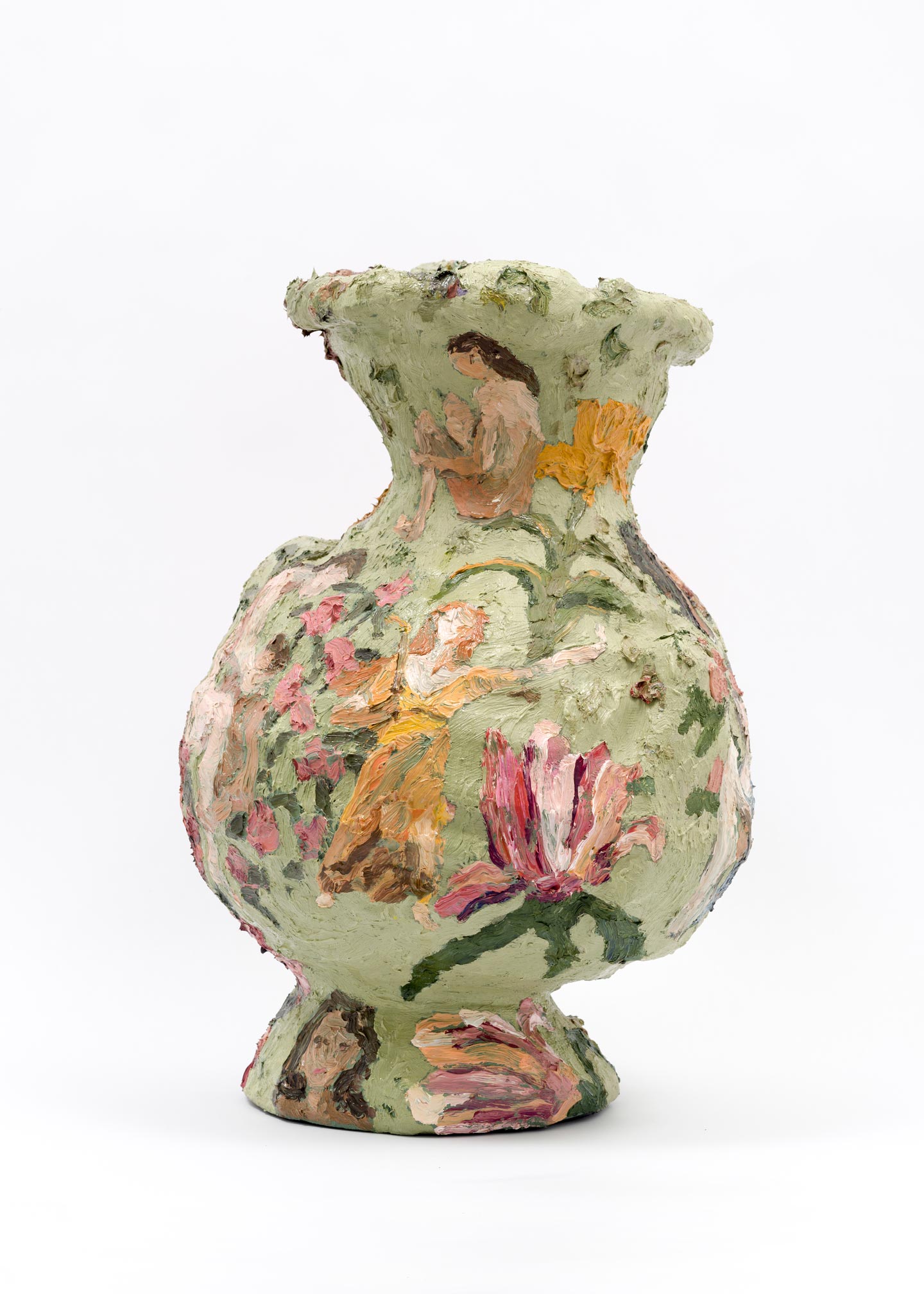 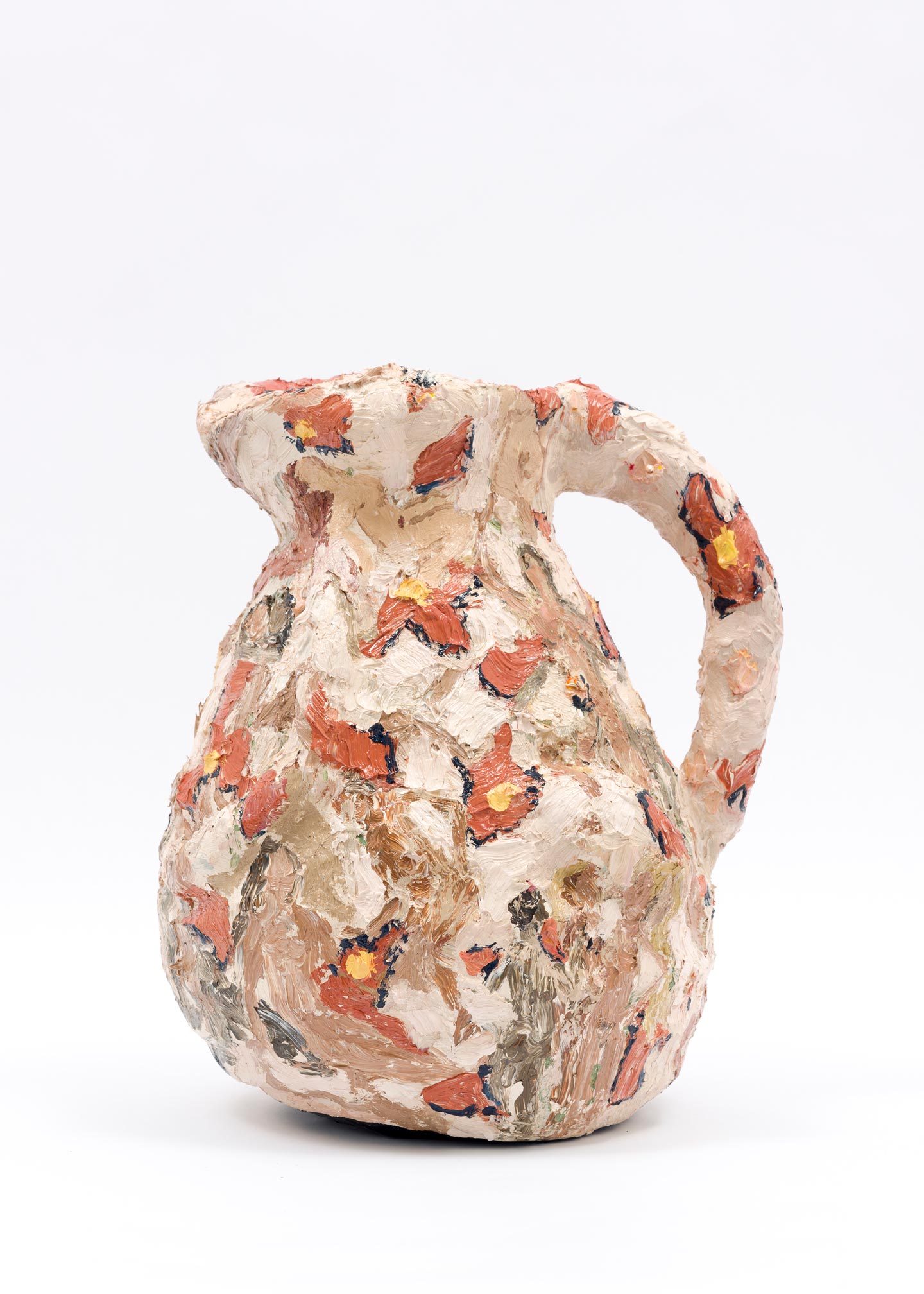